On the 8th of march 2018 which is also known as International Women’s Day I had the the privilege to be part of an exceptional event.

By invitation of the Women’s Chefs and Restaurateurs organization (WCR) I was invited to cook at the prestigious James Beard House in New York City.

For the third time the WCR was hosting a dinner there with an all female chef line up and for the first time they decided not only to do an all-vegan version of that but also to invite some international chefs on top of the American participants. And I had the honor to represent the vegan capital of Berlin, my hometown.

When I first got the email from WCR vice-president Nina Curtis  I couldn’t believe my luck to be invited for this amazing event. I only knew of the James Beard Foundation through my interest in international gastronomy (and watching Top Chef, of course).

It gives out the James Beard Awards every year which, at least in the US, are as honorable for a chef as getting a Michelin Star or being included in the Gault Millau.

I was thrilled to be asked to cook there. In a long talk chef Nina explained how she found me and my work through my connection with feminism, my cookbook  Vegan Queens (only available in German yet) and my hometown Berlin being known as a vegan hotspot.

Apart from Nina and me, there were four other chefs chosen, in the next step we decided on a menu and a wine pairing – all blindly but fully trustful – put together via email/ online conversations.

Here is the line up and our menu: 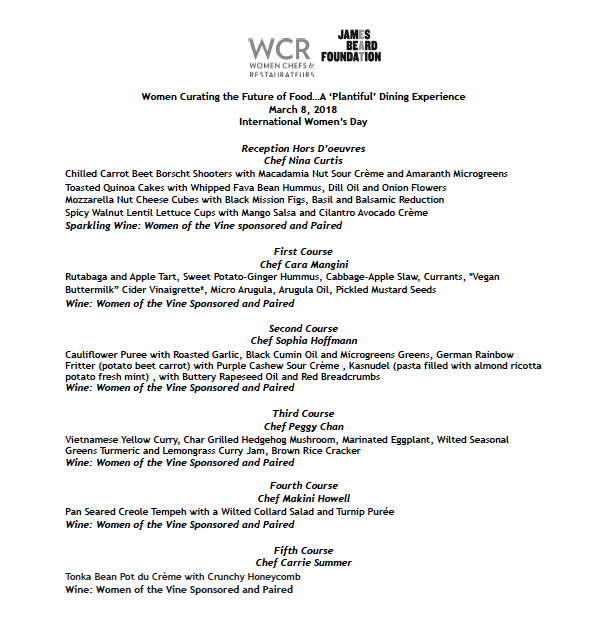 For my starter I chose to do a vegan version of my favourite childhood dish – Kärntner Kasnudeln along with varieties of cauliflower ( garlic roasted puree, pickled), a German rainbow fritter (Reiberdatschi) and my famous colourful purple and pink cashew sour cream, topped with beautiful microgreens complimentary to the ingredients of the pasta filling and the fritter ingredients: chives, carrot and beetroot. 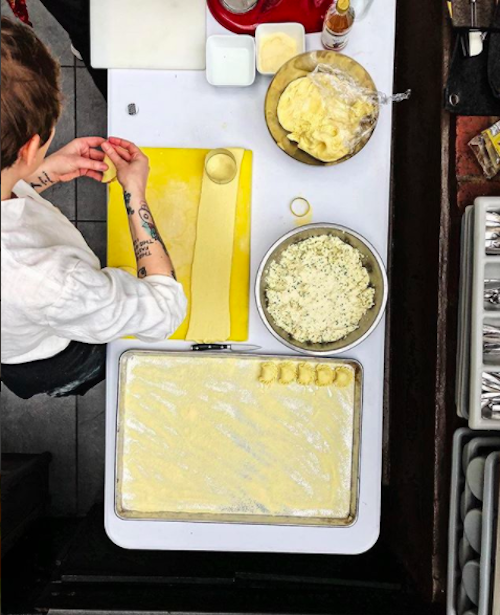 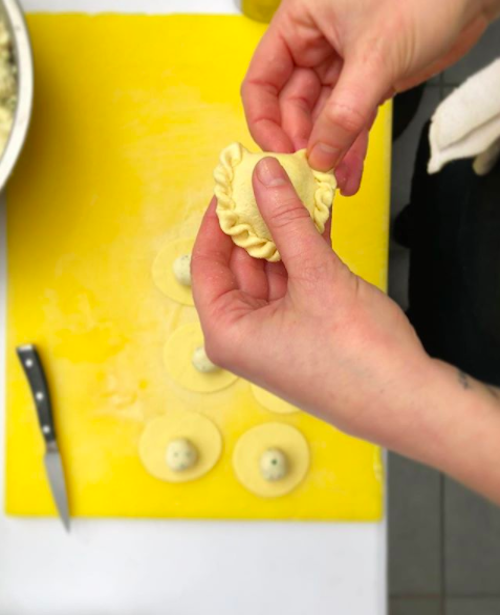 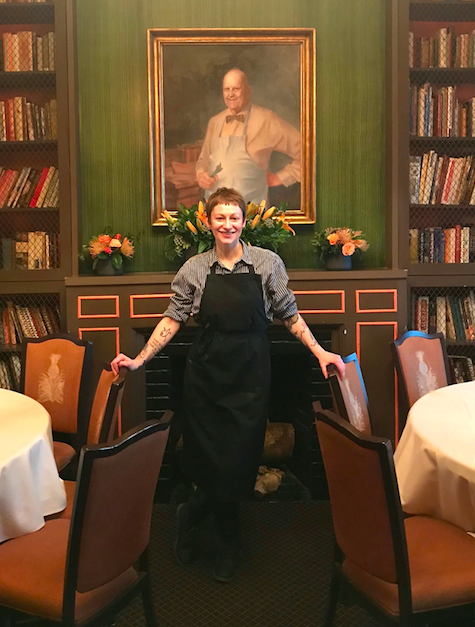 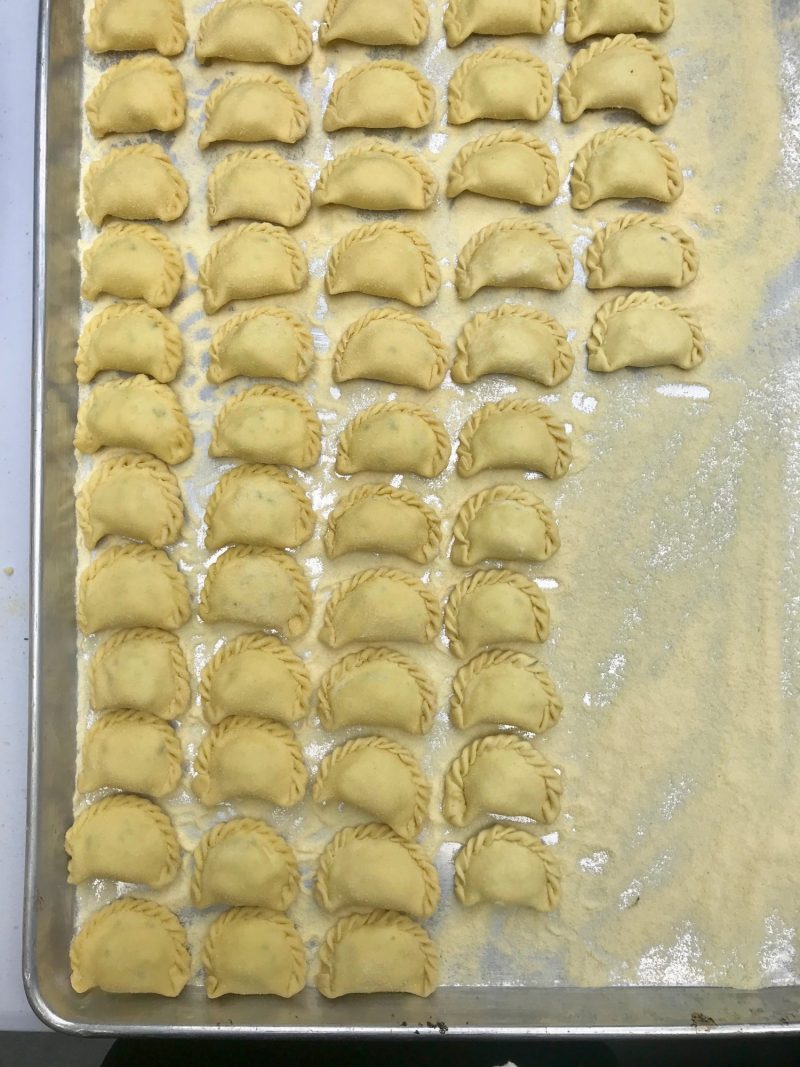 A week before the event we learned that the dinner was fully sold out which meant we had to put together 84 portions of six dished in a tiny historic New York town house kitchen.

Thanks to the amazing teamwork of all chefs and helpers and the great staff/front of house it worked out really well.

Not only putting this dinner together and seeing satisfied applauding guests at the end of the night made it so special but also learning about all those chefs‘ different styles and cuisines was so inspiring. 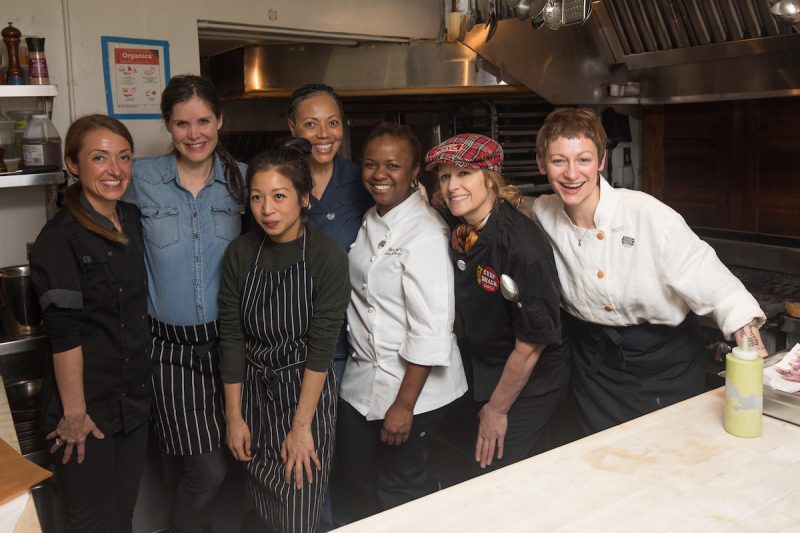 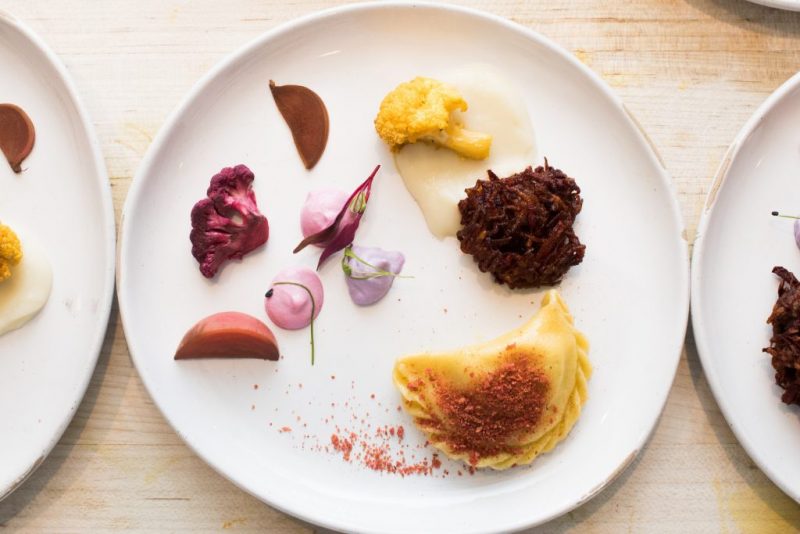 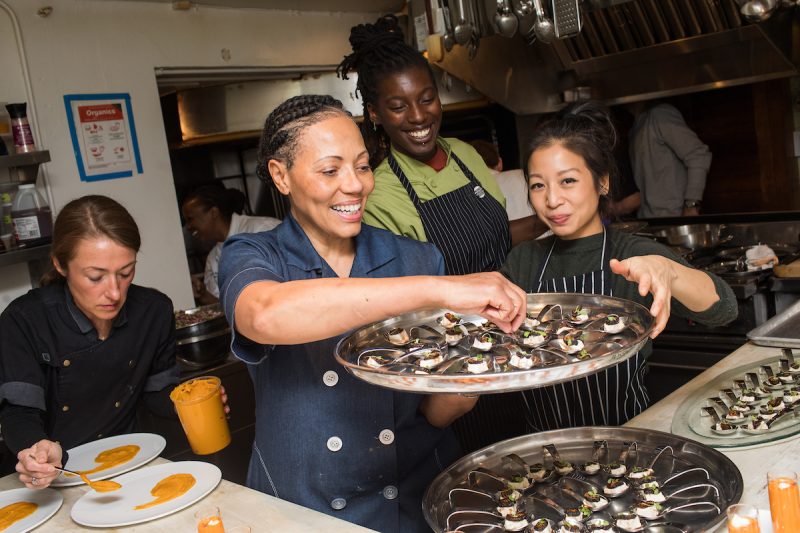 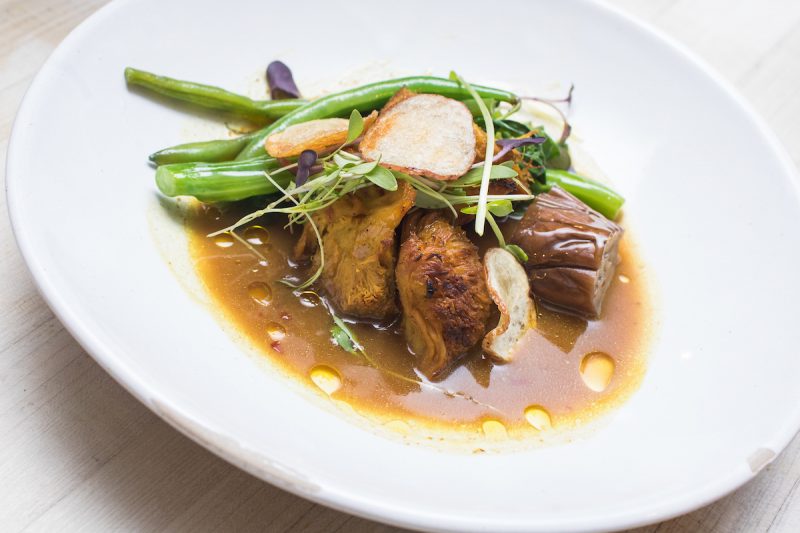 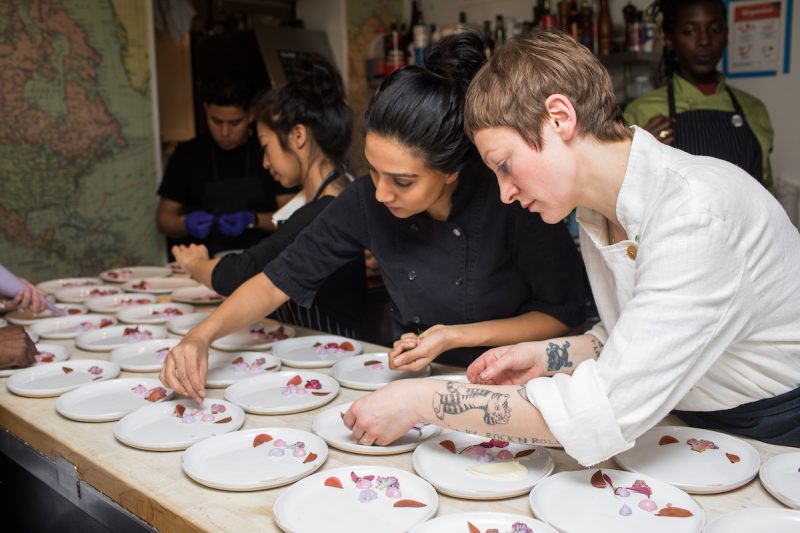 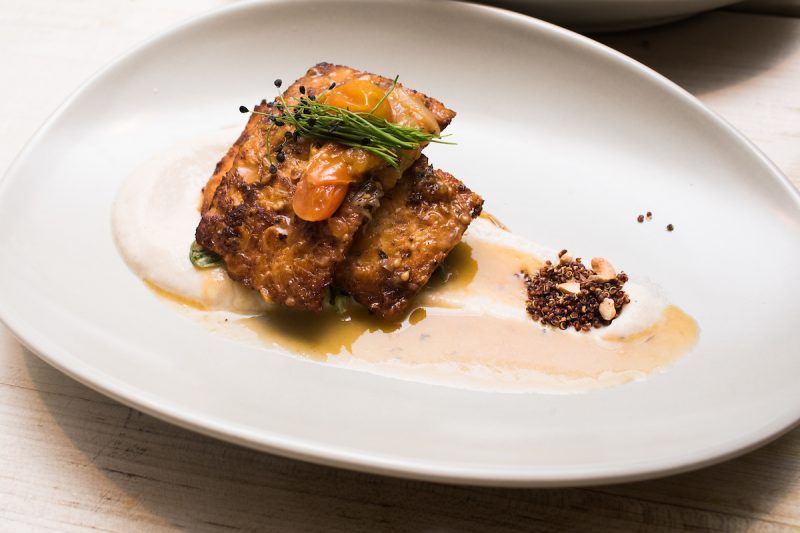 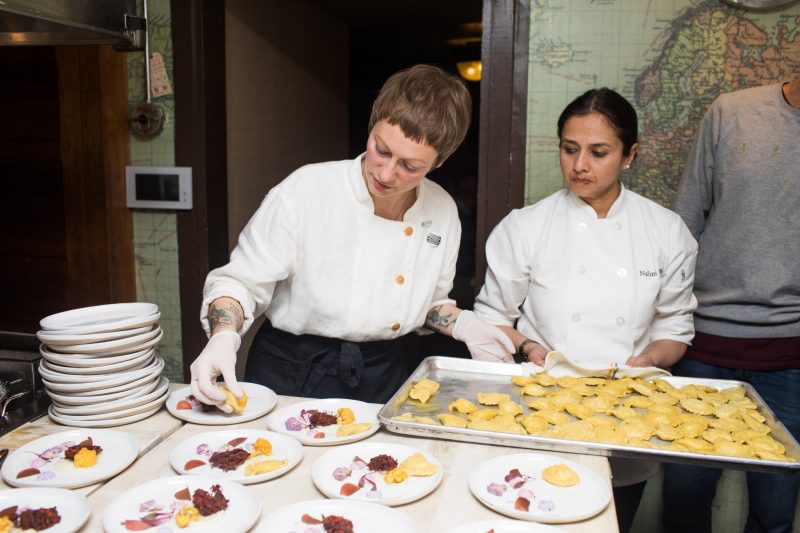 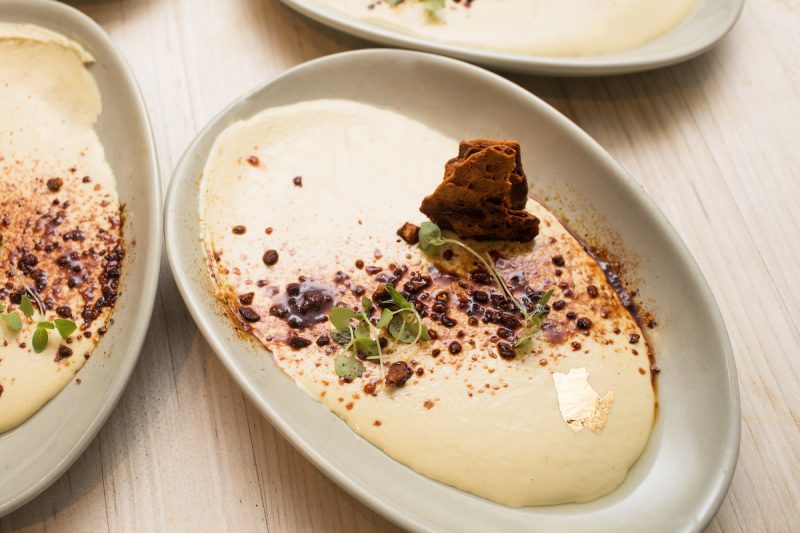 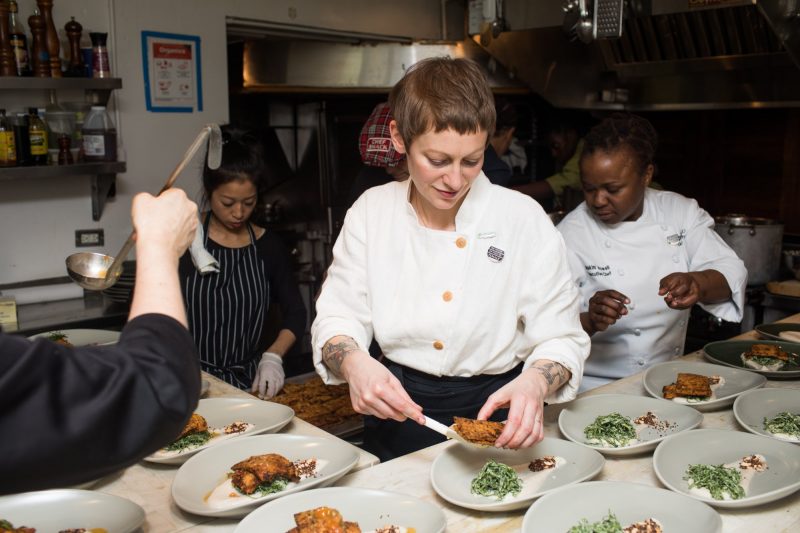 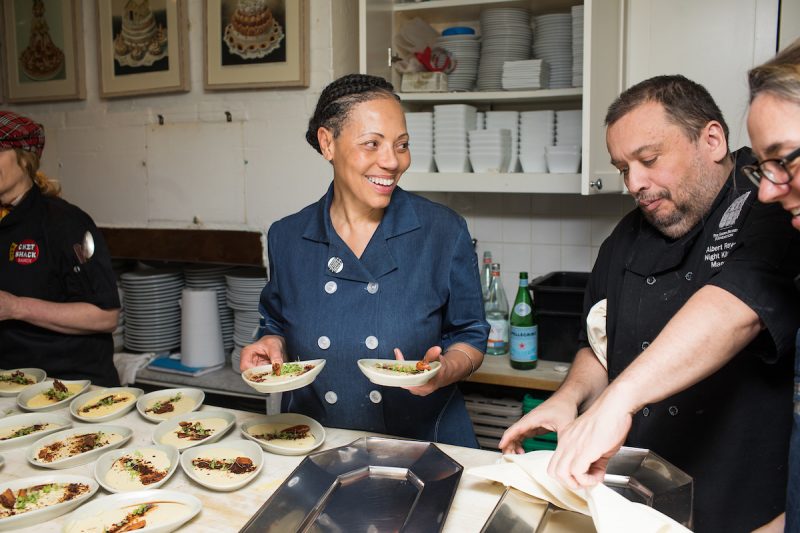 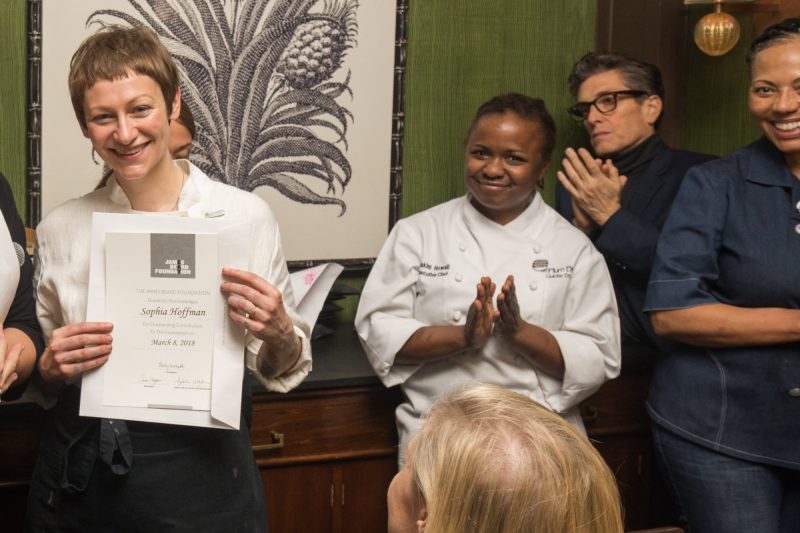 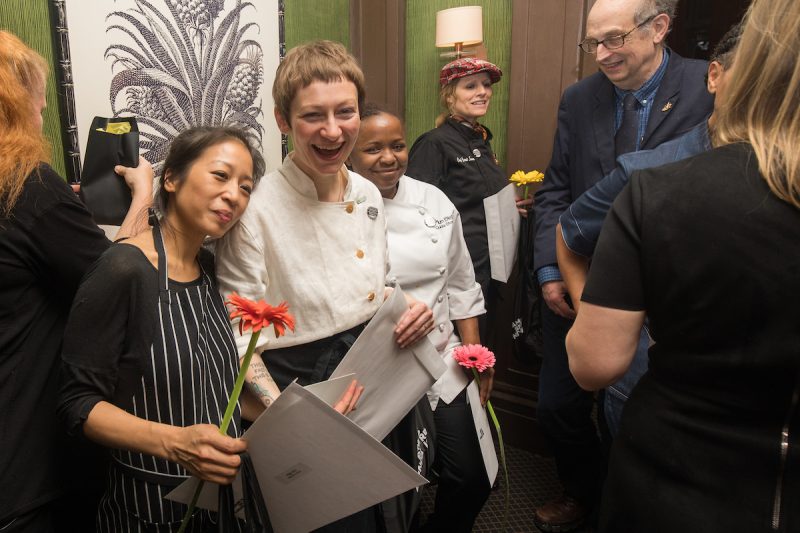 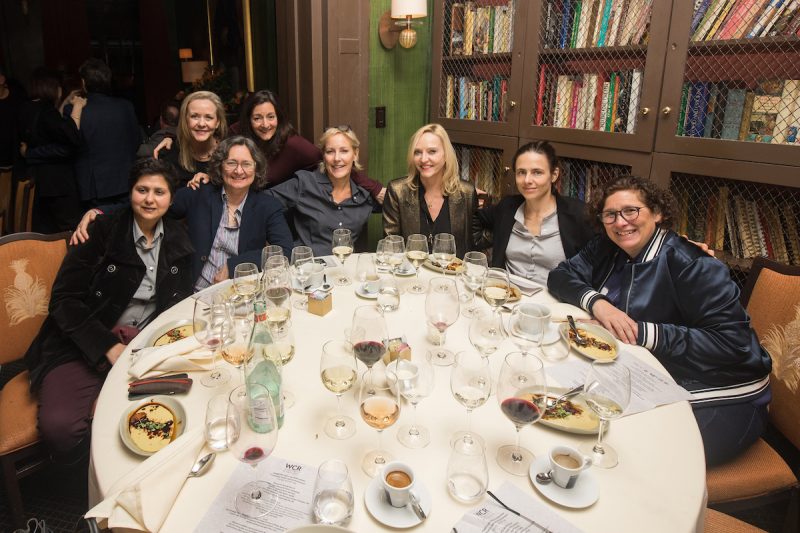 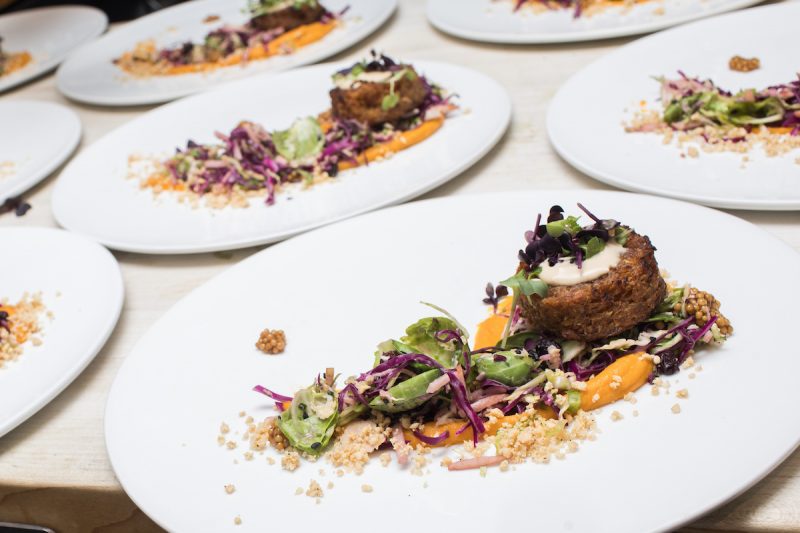 After my little pastel work of pasta art, Chef Peggy (Grassroots Pantry, Hongkong) presented her childhood memories on a plate.

A super tasty reduction of a yellow thai curry her mom used to make. She brought some so-called hedgehog mushrooms from Hongkong that have a very meaty structure and worked super well with the curry and paired it with local greens and topped it with beautiful chips of local potatoes.

Chef Makini Howell ( Plum Bistro & Co, Seattle) has an amazing background of her own. She was raised vegan. Her parents decided decades ago to go all plant based. She and her family run six places in the area of Seattle, all vegan, all delicious.

As her dad has roots in the South  Makini describes her inspiration as a mixture of Northern/ Southern cuisine and did a vegan version of what could have been a light fish dish using Tempeh seared with tomatoes and spices. Instead of a cooked-to mash version of collard greens she prepared them as a fresh crunchy salad with a cashew dressing.

Dessert was prepared by Chef Carrie Summer ( Chef Shack, Wisconsin & Minneapolis) who runs  a food truck business aswell as two restaurants in the area of Minneapolis.

Carrie made a creamy Tonka bean coconut based cream with Sugarcomb – yes -a vegan version of Honeycomb.

I can honestly say that this has been one of the biggest highlights in my cooking career so far.

I am still filled with happiness and joy and feel blessed that I have been part of this.

Thank you U.C.W. Fashion for providing me with this amazing linen chef jacket.

Thank you Design Hotels/ Hotel Americano for a fantastic accommodation.

Special thanks to ProVeg Germany for kindly supporting my mission. 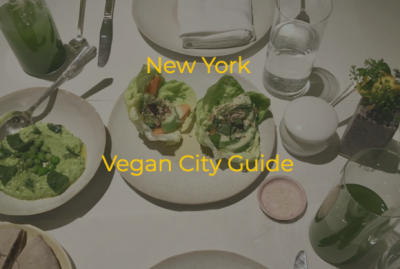 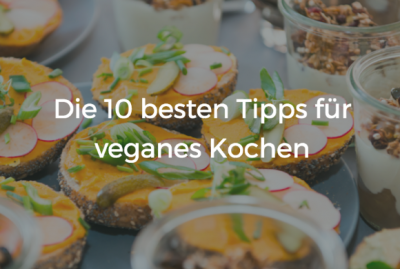 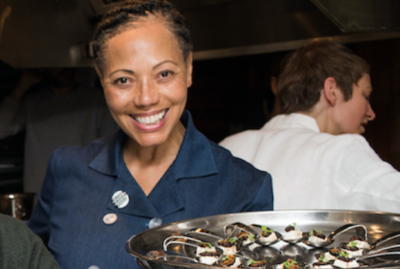 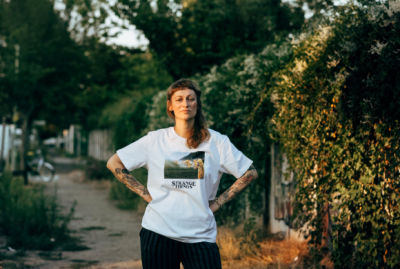